Security is arguably the most important part of a mobile phone. If we can’t trust that our data is kept secure on our smartphones, then we would have no reason to use our smartphones for any financial transactions. While enhanced security in Android is always welcome, Google also wants to make its security features more convenient. In Android P Developer Preview 1, Google announced the new Fingerprint Dialog API. With the second P preview, this is now being replaced with the BiometricPrompt API. This API is more general and allows for developers to support all forms of biometric unlock methods. Whether a device has an iris scanner, fingerprint scanner, facial recognition, or even in-display scanners, Google wants all biometric security measures to be supported by the new API.

We first reported on this new API back in February while combing through the AOSP Gerrit. At the time, we found native support in Android P for Iris scanning. Later in March, we found more additions to the Gerrit hinting at native support for facial recognition hardware. This new API is the culmination of these changes.

On the Samsung Galaxy S9, for example, there’s iris scanning, facial recognition, and a fingerprint scanner. Once the Galaxy S9 is running Android P, apps can show a biometric verification prompt to the user and the user can use more than just their fingerprint to verify their identity. (We should note that Samsung has their own APIs for iris scanning, but a more general API from Google is likely to be adopted more widely once the release becomes widespread.)

Hopefully, developers will start to implement this new Biometrics API for their apps. It will make apps more secure along with giving users the choice to verify their identity in the manner that they prefer. 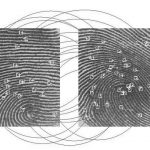